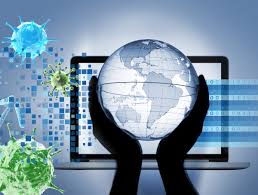 Specialists from EPFL and MIT have demonstrated that human portability is a main consideration in the spread of vector-borne infections, for example, intestinal sickness and dengue significantly over short intra-city separations. In a paper distributed in Scientific Reports, the group looks at changed portability models and infers that approaching cell phone area information can demonstrate urgent in understanding sickness transmission elements – and, eventually, in preventing an episode from developing into a pandemic. However, as per the scientists, this sort of data is difficult to find. They prescribe getting new enactment to fill a lawful void and empower researchers, NGOs and political chiefs to get to individuals’ telephone area information for general wellbeing purposes.

“Urbanization, mobility, globalization and climate change could be all factors in the emergence of vector-borne diseases, even here in Europe,” explains Emanuele Massaro, the paper’s lead author and a scientist at EPFL’s Laboratory for Human-Environment Relations in Urban Systems (HERUS), which is led by Claudia R. Binder. “Until now, most research has examined how mobility affects the spread of infections in larger areas such as countries or regions. In this study, we focused on the same question, but this time in towns and cities. We also wanted to explore when people’s mobile phone location data might prove useful.”

The creators examined the interaction between human portability and the 2013 and 2014 dengue episodes in Singapore. They found that even low degrees of portability can make the pestilence spread, underscoring the requirement for a viable spatial circulation model.

Dengue is a viral sickness conveyed by the Aedes aegypti mosquito. It happens in the tropics and subtropics, and is especially pervasive in provincial zones and poor urban networks. Indications incorporate cerebral pain and fever, and death rates change from 1% when treated to as high as 20% when left untreated. As indicated by the World Health Organization, the rate of dengue has expanded 30-overlap worldwide in the course of recent years. Some 3.9 billion individuals in 128 nations – practically 50% of the total populace – are presented to the infection.

The specialists utilized an operator based transmission model in which people and mosquitoes are spoken to as operators that experience the plague phases of dengue. Utilizing advanced reproductions, they contrasted how the framework reacted with a flare-up against genuine revealed cases from 2013 and 2014 in Singapore, where a further spike in cases has been recorded for this present year.

The group at that point looked at four changed versatility models, each utilizing diverse datasets: cell phone area information, statistics records, arbitrary portability, and hypothetical suspicions. In each model, residents were appointed two areas – home and work – as spots they visit day by day and might get contaminated. The cell phone model depended on anonymized gadget information sourced from a Singaporean portable administrator, utilizing call, content and other movement records to pinpoint clients’ home and places of business.

Helpful during an episode

The analysts exhibited that the cell phone information and registration models were viable at anticipating the spatial appropriation of dengue cases in Singapore, and that such information could be acquired without encroaching on individuals’ security. Their discoveries welcome further discourse about the benefits and disadvantages of utilizing cell phone information to display malady flare-ups, just as other potential applications. “In an emergency, having accurate information makes all the difference,” says Massaro. “That’s why phone location data is better than annual census records. The problem is that the data is owned by private companies. We need to think seriously about changing the law around accessing this kind of information — not just for scientific research, but for wider prevention and public health reasons.”

The group’s model could similarly be applied to other vector-borne illnesses, which, drove by intestinal sickness, together record for 17% of every single irresistible malady. The UN gauges that over 80% of the total populace is presented to at any rate one vector-borne malady, with over half presented to at least two.